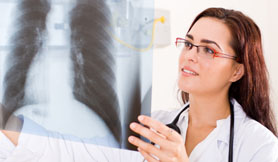 Like any respiratory disease, when you are first diagnosed with asthma you might be nervous, remembering older family members of days gone by who did not fare out too well dealing with their asthma. They were always sick as your remember and they got worst as time went by. Yes, it is true that asthma is a respiratory illness and that in and of itself is scary. However, it is not true anymore that asthma is a death sentence. You do not have to fear that eventually you will stop breathing. Nor is true that every asthmatic sufferer will get to the point that they will need a lung transplant. New and promising research is coming out all the time and new treatments and medications are very promising. If you take care of yourself you can live a pretty good life just like everyone else.

One of the things you have to be very aware of is the trigger, which cause you to have asthma attacks. These triggers tell your immune system that foreign invaders have entered your body and therefore your immune system fights back. It fills the lungs with mucus and sends it up the airways to ward off the invaders. It restricts the airways and it becomes more difficult to breathe.

If you know what triggers your asthma, then why put yourself through that if you can prevent it in any way?

One of the triggers for asthma is smoking. There is no way around it, if you are a smoker than you need to quit. You also need to stay away from secondhand smoke as well. The next and most scary piece of information is the disease commonly referred to as the smoker’s disease. As an asthmatic and a smoker the thought that you might contract emphysema has probably crossed your mind. 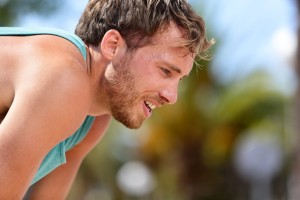 Can Asthma develop into emphysema?

Here is the good news asthma does not automatically turn into emphysema. Both diseases share some of the same properties such as coughing, shortness of breath, tightness in the chest, and problems exhaling air from the lungs. However, smoking more often than not causes Emphysema and that is why if you are a smoker and an asthmatic you need to stop. In contrast, asthma on its own is a disorder, which is linked to allergies. Therefore, if you are not a smoker, you do not have to fear that you will automatically contract emphysema.

Some differences between Asthma and Emphysema

Asthma is a disease that often starts in childhood, whereas emphysema is a disease brought on by smoking and therefore usually begins in middle age or older. 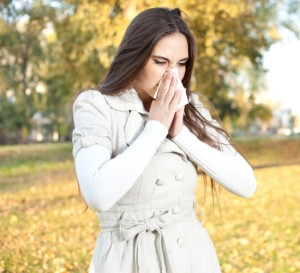 Asthma sufferers who have controlled asthma can have normal lung capacity, while people with emphysema have impaired lung capacity for life.

When the asthmatic is having an asthma attack the lungs will have difficulty expelling air. Asthmatics have a harder time exhaling than inhaling. This is due to the lungs filling with mucus and sending the mucous up to the airways, which are at this point constricted and swollen. This is what is called a bronchospasm. Once the asthma attack is controlled with bronchodialators (anti inflammatory drugs), the inflammation will clear up and the bronchi tubes will go back to normal allowing the lungs to expel the air.

In Emphysema the damage due to cigarette smoking causes the lungs to lose their elasticity, which is a vital process in exhaling air. This damage is permanent and the lungs empty very slowly eventually deteriorating to the point that the person becomes totally disabled. No medication can reverse the damage done.

Asthma can resemble emphysema if the bronchi have become scarred from asthma attacks. When this happens the asthmatic individual will experience shortness of breath on a daily basis but still will not have emphysema.

To avoid the scarring and complications, maintain your asthma action plan given to you by your doctor. Take your medications, avoid your triggers and of course stop smoking!