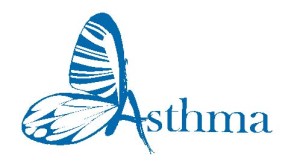 Asthma (pronounced Az-ma) is a long term or chronic illness that affects airways and lungs by inflaming airway passages. Asthma can affect people of all ages but as it more commonly begins in childhood and of the estimated 22 million people who currently have asthma in the US, nearly 6 million of them are children.

With asthma the tubes or airways bringing air into the body and discharging it swell up and make breathing for the asthmatic almost impossible at times. As the swelling worsens the air passage ways can get even thinner and the cells can produce a sticky, thick liquid know as mucus that will also help to further block airways. The symptoms for first stages of asthma are often mild and can be treated with minimum relief medication and sometimes even go away on their own. All too often sadly the illness progresses and become more intense. These asthma attacks are often referred to as flare-ups or exacerbations. 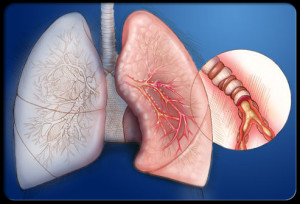 Most doctors and scientists cannot agree on what causes asthma but some believe it is a combination of genetic history and environmental links. Although asthma is considered incurable it is for the most part controllable with the right combination of medications. Also if a proper treatment or asthma action plan is developed with your health team and followed the chances of asthma drastically interfering with your lifestyle are little to none. There are many medications on the market for both long term control as well as short term relievers such as puffers or inhalers to relieve or eliminate the patient symptoms. It is also important for a person with asthma to know and understand their condition and the triggers that set off their asthma attacks. As asthma symptoms can range from mildly annoying to severe life threatening condition it is important to be able to recognize when asthma symptoms are getting more severe in nature.

A few of the more common symptoms of an impending asthma attack may include: chest pain or tightness, coughing, impaired or difficult breathing, shortness of breath and wheezing. There are often other symptoms especially at night that can include trouble falling asleep because of the symptoms already listed. You may wake up in the night or early morning with the coughing, wheezing and chest tightness and have to use your inhaler. You may have symptom free nights but wake up instead between 2 and 6 am with the coughing or early in the morning with the chest tightness. The body also creates an excess of mucus which also triggers the gag reflex to cough it up for it is also restricting the airways and coughing is the body’s natural response to excess mucus. When the severity of symptoms is at its worst it can cause cyanosis (blueness in skin, lips and fingernails), unconsciousness and asphyxiation or cardiac arrest. Severe cases of asthma attacks require emergency treatment immediately.