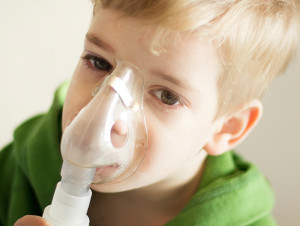 When an asthmatic wants to begin controlling his asthma, he knows he needs to learn as much as he can about his disease. His first source of information must be his health care professional. When his asthma was initially diagnosed, he had received an information packet from the doctor. He had read it once before; but this time he pays closer attention. Within the packet are several booklets: asthma explained; prognosis of asthma; and asthma triggers. Also he reviews the asthma treatment plan his physician had prescribed: taking the right dosages of his long-term medications and making sure he has quick-relief medications on hand, too. He once had been somewhat casual about taken the long-term ones, but he will obey his doctor’s orders now. He had known something about asthma attacks, but he had been fairly ignorant. Before this, he had not cared about asthma triggers or how to avoid an asthma attack. Actually, the asthma had not been too bad. But, then something had provoked the asthma symptoms; suddenly, an asthma attack had brought him down. Feeling as if he could not breathe, he had panicked, and someone had to call for emergency help. He never wanted to experience an incident like that again. He knows now it had been a warning. However, he is unsure exactly what had triggered the attack. This had been the turning point for him. He had finally decided to take charge of his asthma treatment. 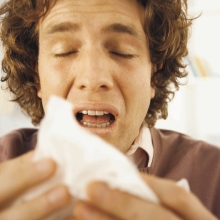 He remembers from reviewing the information packet, that asthma is a chronic lung disease in which the lungs’ airways become narrowed and inflamed. He knows the inflammation is constant even if symptoms seem absent. He also remembers there is no cure for asthma. Thinking about the asthma attack, he checks out some internet sites listed in one booklet. One of these websites belongs to The American Lung Association (www.lungusa.org). There are other ones, of course, and he spends time on most of them.

Learning more, he realizes that asthma has many symptom triggers and he determines to follow through with modifying his environment. He does not smoke; yet, he knows secondhand tobacco smoke can pose a risk. He never owned a pet since the complex did not allow them; a big plus. He now knows that vacuuming the house is necessary, but he knows that dust mites exist almost everywhere, including bedding. These tiny creatures cause huge problems. Yet, they have not bothered him too much. However, he knows this could change since asthmatics can develop sensitivity to substances that previously had not troubled them. 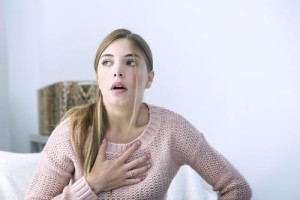 Then he remembers several nights before the asthma attack, he had to fix his mother’s leaking sink. Beneath the sink the water had grown stagnant and he noticed some mold growing on the sink’s wall. Suddenly, without any warning, he began coughing and sneezing. His nose began running; his eyes stung. However, his breathing had not bothered him too much. He believes it had been symptomatic of asthma. Mold and its spores were big time triggers he had read on the lungusa.org website. Additionally, he remembered noticing his mother had some roach traps placed in the corner beneath the sink, too. Roaches and their wastes were more triggers.

The list of real-life triggers are piling up and he has to win this battle against asthma. Certainly, he knows a little more how to avoid an asthma attack. Beginning first thing, tomorrow morning, he is going to do some major apartment cleaning wash the bedding in the hottest water it can bear; change the air conditioner filter; get rid of the living room carpet; get rid of the heavy drapes, and….well, there’s a whole lot more. Oh, one more thing, he definitely needs to buy a face mask before cleaning the apartment.