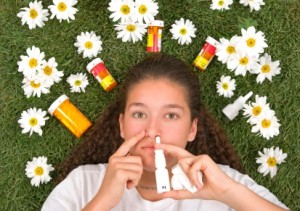 Most people who suffer from allergies rely on medications to treat their allergy symptoms. It’s important that the people who do have allergies do everything possible to avoid what ever is causing their illness. Sometimes that can’t be avoided and the person treats their allergy with medication prescribed by their doctor. Others choose to use natural remedies to treat the symptoms of their allergy. Sometimes people get frustrated with medications because they sometimes only give marginal relief, and often come with side effects.

Understanding how an allergy affects your body may explain why a natural remedy makes sense. In a case of pollen, the spiny grain enters your nasal passage and latches on to your soft mucous membranes of the nose. These membranes contain immune cells, which are loaded with histamines. Also contained in the nasal passage are tiny receptors that trigger a release of histamines and other chemicals when invaded by a foreign substance. So if pollen, or pet dander enters the passage, the receptors send a signal to the membranes to release the histamines which causes sneezing, watery eyes, and itching. These are ways for the body to get rid of the substance. In some people the release of these chemicals also causes swelling in the bronchial tubes, making it difficult to breathe. 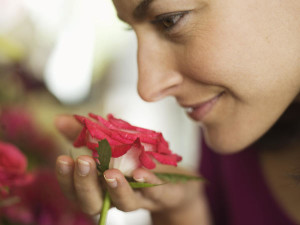 There are some things a person can do to lower their chances of an allergy attack. Not using fans to cool the house. This spreads the allergens and makes them air born. Having an open window with a fan makes matters even worse. This actually sucks the pollen in the house, making the conditions worse. When in a vehicle, drive with windows closed and use the air conditioning. Limit your outside activities during the peek season of your allergy. This is usually late august, till the first frost. but it can also be much earlier depending on your location.

Although there is no cure for allergies there is some evidence those certain foods we eat will ward off allergy symptoms. Tests were conducted and people who ate foods richer in omega-3 fatty acids had less allergy symptoms. The people who had less omega-2 fatty acid had more allergy issues. Foods rich in omega-3 fatty acids are cold water fish, walnuts, flaxseed oils and grass fed meat and eggs. Adding a dash of horseradish, hot mustard or peppers will help keep your nasal passages from getting plugged, by acting as a natural decongestant. It’s also a good idea to avid any food that you may be slightly allergic too during the allergy season. Fighting off more allergies can make the body even more hyper sensitive to the allergens, thus making it more difficult then usual to fight off the symptoms. 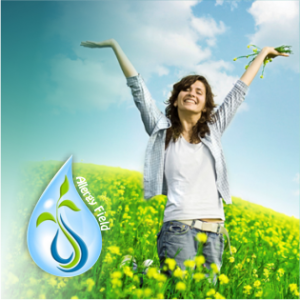 Some people still find the need for an antihistamine, but don’t want the adverse side affects. There is a natural antihistamine called “Stinging Nettle” This is a weed that grows common all over the United States. The most used form of Stinging Nettle is in a capsule. The leaves are freeze dried and turn into a capsule formation. Other people make tea using the leaves however care must be used when handling these weeds, because they have been known to cause skin irritation. Like anything, the person should get professional advice before consuming any natural herb.

There are other natural herbs that naturally help with decongestion, and coughing. Eucalyptus is the most common natural remedy used to treat allergies. Alfalfa and licorice root are other natural herbs that aid in decongestion, and helps increase saliva, and lessons the urge to cough. Garlic cloves are also great healing aids and prevent inflammation. Apple cider has also been proven to be effective for allergy symptoms.