The National Center for Health Statistics suggests that women are 25 percent more likely to fatalities of asthma than are men. Asthma studies have suggested that asthma may be related to women’s hormonal changes and possibly even triggered prior to or during the menstrual period. It has also be noted that some women will first develop asthma during or after they are pregnant, but the symptoms of asthma may also subside during pregnancy or not be affected at all. Another study over a ten year period involving high risk asthma patients admitted to hospital found that women were admitted twice as often as men, remained hospitalized longer but yet displayed less levels of blood markers the asthma’s severity.

A story published in The Journal of Allergy and Clinical Immunology (April 2009) stated that new insight into asthma controls for both short and long-term asthma control measures differed significantly between male and female. It went on to state that women subjects have worst short-term control-measured asthma control and more frequency of attacks, as well as more uncontrolled day and nighttime symptoms in the prior 30 days. Rescue inhalers were used more often by women than men for asthma attacks in the prior 3 months. Over a longer 1 year period frequency of emergency treatments, work days lost due to asthma revealed poorer control in women than men. Past studies tend to corroborate the findings that higher urgent-care or emergency visits to hospitals and even hospitalization is higher in females than males.

There are several theories about why females seem to be affected more by asthma than men. One such theory for the differences between male and female long term asthmatics is that females have a tendency to seek care more than men due to more knowledge or a better understanding of the disease than men. Females because of greater frequency of attacks may be more disabled by them then men. Women may also more readily recognize worsening lung functions and have a better knowledge of well controlled versus poorly controlled asthma than men who have asthma. It must be stated though that these studies could not determine if the discrepancies between men and women asthmatics was actually due to the asthma or just poor health reporting or pathophysiological differences.

More and more evidence is being uncovered on the impact of sex based biological differences on health and disease such as asthma. The asthma patient usually has roles and obligations which are often based on gender and these things affect what services and how the patient is serviced. So both gender and sex are important factors in the role of diseases especially ones such as chronic asthma. 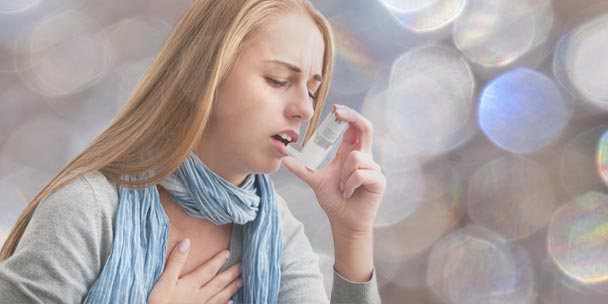 Boys have an increased risk of asthma in their first ten years and this is credited to shorter airways with smaller diameter in proportion to lung Parenchyma compared to girls of the same age group (dysnapsis). This inflammation though in boys usually disappears as they grow into adolescents. In some cases researchers have cited what is known as the Yentl syndrome to try and explain the sex difference prevalence of asthma in lower income households. The Yentl syndrome basically supports that asthma (and other diseases) are not diagnosed or treated in girls of families less educated and of lower socio-economic strata. Studies have shown that the gender ratios reverse around the time of puberty and then persist in woman through their reproductive years and may possibly be do to hormones alone or with other factors lead to the increased severity of asthma in women. As the preponderance for women to have asthma weans off around age 50 it does tend to lend credence to the hormonal theory.