Asthma is a disease that afflicts approximately 20 million people in the United States, alone, and almost 6 million of these are children under the age of 18. According to the Asthma and Allergy Foundation of America (AAFA), asthma causes about one half million people to be hospitalized annually. Furthermore, it is certainly not an insignificant illness. Rather, it can be quite serious, even unto death. Each year it has caused the death of approximately 5000 people.

Basically, asthma results from an inflammation of the airways which are connected to the lungs. When a human being breathes in, air will move from the nose and/or mouth into the trachea (or windpipe). From there, the air or oxygen goes into a chain of tubes which branch from the trachea. These tubes, or airways, are called the bronchi; these bronchi divide additionally into smaller tubes known as bronchioles. Asthma mainly affects all the airways, both larger and smaller. Often certain triggers will provoke their inflammation. Reacting quickly to a trigger, the airways will fill and distend with mucous. The muscles that line the air passageways will suddenly contract and tighten resulting in narrowing the airways and blocking life-giving air to the lungs. Unfortunately, this blockage is the cause of much discomfort and distress in an individual, especially to children and their parents. Asthma especially poses a very serious health threat to young children since their airways are much smaller than those of adults.

Since children are particularly vulnerable to asthma, many things can trigger asthma symptoms in children. One factor which usually may trigger the asthma symptoms in a child is allergens. An allergen is anything which can cause allergies, such as dust mites, mold, pollen, and cockroach waste. Since most homes may have at least one of these allergens and probably more, the home has turned out to be a not so safe place to grow up; instead, it can be more of a menace to the child’s health.

Even weather can affect a child: extremes in temperature, too cold or too hot; changes in weather, such as thunderstorms; high or low humidity; and the constant movement of wind. Drying clothes or bed linens outside on clothes lines can affect the child when brought into the home. Other things that trigger asthma symptoms in children are pets: cats, dogs, or birds with their hair, dander, secretions, and feathers. 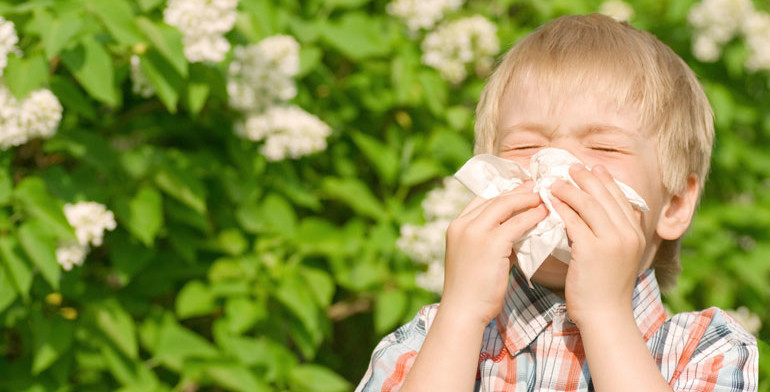 No adult should ever smoke around a child, either. The risks of asthma increase dramatically as children are exposed to second hand smoke. Additionally, the consequences of smoking are too weighty to chance. In fact, the American Academy of Pediatrics has associated tobacco smoke with increased rates of respiratory illnesses, asthma, further increased rates of middle ear excretions, and sudden infant death syndrome.

Air pollution, odors, and fragrances such as perfumes, detergents, air fresheners, and certain medicines all contribute in provoking asthma symptoms in children. Additional triggers can result from eating particular foods (such as peanuts or fish) and exercise, which for children with asthma will include their play time. Intense emotions and their expressions, such as crying, laughing, and yelling can trigger an attack. One of the most common triggers of asthma symptoms are respiratory infections or viruses. In children five years and younger, colds and sinus infections are generally the most frequent causes of symptoms. Furthermore, in infants six months or younger, viruses have usually triggered acute asthma episodes. Unfortunately, asthma triggers cover an almost endless range. Indeed, with so many of them, the environment has proven to be hazardous to the child’s respiratory health, causing asthma symptoms such as wheezing, coughing, tightness in the chest, trouble breathing, and even more.