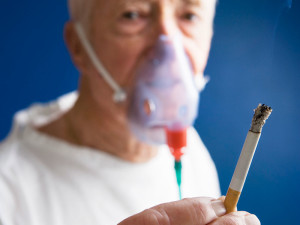 Both chronic obstructive pulmonary disease (COPD) and asthma share the categorizations of long-term lung diseases that make breathing difficult. However, even though a lot of similarities exist between the two, there are vitally significant differences. The correct diagnosis is the ticket to a treatment that will be effective and make the afflicted person breathe easier, both physically and metaphorically.

Some of the main distinctions between asthma and COPD are physiology, risk factors, treatment and outlook.

Physiology is the branch of biology that deals with the internal workings of living things, including functions such as metabolism, respiration, and reproduction. This is an important definition to remember because it can be used to explain the onset of and/or an individual’s susceptibility to a multitude of diseases, including asthma and chronic obstructive pulmonary disease. Asthma is an inflammation in the lungs, specifically of the tubes responsible for pumping air in and out of the body. This symptom also shows up in the disease of chronic bronchitis of which is a type of COPD. Another form of COPD is the disease of emphysema, which attacks the lung tissue itself. 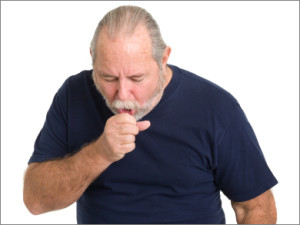 Smoking is generally considered to be the single most common risk factor for bringing about COPD in a person. It has also been reported that smoking is to blame for as much as 90 percent of deaths related to COPD. This differs considerably from the typical risk factors involved in triggering asthma symptoms. Allergens like pollen and animal dander are the leading contributors to asthma attacks, along with irritants such as strong odors, respiratory tract infections and cold air.

Inhaled bronchodilators are used to treat both asthma and COPD. These types of medications help to relax the tightened muscles around the air passageways of the sufferers of each disease. However, the distinction between the treatments for COPD and asthma with these inhaled anti-inflammatory drugs is that they aid asthma sufferers much more effectively than they do for COPD sufferers.

Asthma is treatable; COPD is not. That is the simple way to look at one of the major distinctions between these two diseases. Most people with asthma will have periods of time between exacerbations, or asthma attacks, in which they can enjoy symptom-free, close-to-normal lung function. Patients suffering from COPD rarely, if ever, experience a day of symptom-free existence. Quitting smoking and using a bronchodilator can ease symptoms of COPD, but the disease itself cannot be reversed, according to Houston pulmonologist Dr. Nicola Hanania. 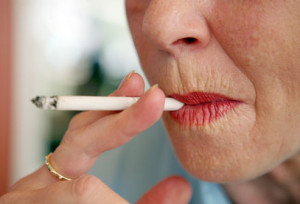 Some of the other differences between asthma and COPD are that the onset of asthma typically occurs during childhood. COPD develops over time in smokers and people who have given up smoking.

Even though so many distinctions exist between the two diseases, COPD continues to be misdiagnosed, causing COPD sufferers to be given most ineffective asthma treatments. A survey of 75 physicians specializing in primary family care showed that these doctors often prescribe the same or similar medications for both asthma and COPD, even though the proper treatments are different. For example, the initial maintenance therapy for asthma patients is typically an inhaled corticosteroid and a bronchodilator if needed. The reverse, however, is true in treating COPD. The initial maintenance therapy for COPD is the bronchodilators. Inhaled corticosteroid treatment is usually given only to the patients whose symptoms are not managed with the bronchodilators.