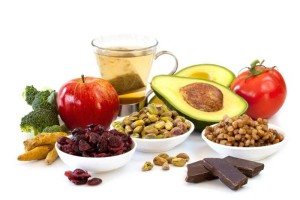 Asthma is a very serious condition that has no cure, but can be controlled. As an asthmatic, once you learn your asthma triggers, you can learn to avoid them. What causes asthma isn’t well known, but it seems that there are genetic and environmental factors involved in developing the disorder. It is known that asthma can be triggered by many different things in the environment, such as dust, pollen, dust mites, and other particles in the air. Asthma can be triggered by the temperature and humidity in the air. Your state of being can also trigger asthma symptoms. Being depressed and stressed could bring on an asthma attack. Almost anything could cause an exacerbation of asthma symptoms, including food.

Three to four percent of people with asthma have food triggers. An asthma trigger might be the chemical used to preserve food, or it might be the natural chemical makeup of the food item, itself. Foods that are common triggers for people with asthma are eggs, milk, peanuts, soy, tree nuts, wheat, fish, and shell fish. If you eat peanuts and begin wheezing and have respiratory problems, peanuts are probably an asthma trigger for you. If peanuts cause you to have an asthma attack, you will need to avoid peanut butter, peanut oil, and you will have to be careful that nothing you eat is contaminated with peanuts or any byproducts of peanuts.

If you have an asthma attack after eating dried fruits or vegetables, potatoes, shrimp, pickles and relishes, you might be allergic to sulfites. Sulfites are naturally found in some foods; however, sulfites are added to many foods in the food industry ad a preservative. There are other ingredients used in foods, such as food colorings, flavor enhancers, nitrates, nitrites, (food preservatives), and artificial sweeteners. Most people can eat foods with preservatives and other chemicals and have no untoward effects. However, if you have a hypersensitivity to certain chemicals in foods, you can have very serious asthma symptoms. 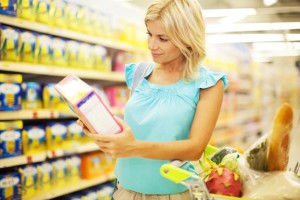 There are different types of asthma, which are extrinsic, intrinsic, occupational, seasonal, and nocturnal. Many people have seasonal asthma, which may be brought on by pollen and other triggers, which are extrinsic triggers. Food is also an extrinsic source for asthma triggers. The allergen causing the asthma attack is ingested and not breathed into the lungs. However, the biological process that causes the asthma attack is the same that causes an allergic response. You eat the food that contains an allergen; the allergen is usually a protein of some kind. Your immune system releases an antibody reacts with the allergen. The immune system sends specialized leukocytes to release histamine and other biochemicals into the body to cause an allergic response, which causes a tightening in the respiratory tract.

If you have a food sensitivity that triggers your asthma symptoms, you should avoid the foods that often cause asthma flare-ups. Common foods that cause asthma symptoms are carrots, dairy foods, sugar, white flour, peanuts, soy, corn, and eggs. You may also need to avoid drinking very cold liquids. Ice cream may also be a problem, because very cold drinks and foods can cause bronchospasms. Many asthmatics find that garlic and onions help to prevent inflammation, when added regularly to the diet. If you have asthma, you should avoid carbonated drinks and gas producing foods, because these foods and drinks can cause pressure on the diaphragm, which can make asthma symptoms worse.

If certain foods bring on asthma symptoms, you must avoid that food, because asthma symptoms can get worse the more you are exposed to the allergen. Many asthmatics with chemical triggers from preservatives have to avoid processed foods, and purchase only organically grown foods. If you think you have an allergy to food or a chemical additive in food, you should consult with your health care practitioner. Your doctor can do tests to make a definitive diagnosis.