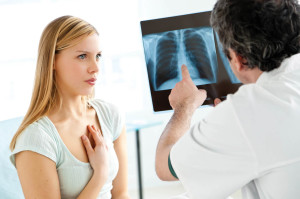 If you suffer from asthma, you might be willing to try anything to get relief, including acupuncture. Does acupuncture really help asthma? Acupuncture may be a viable treatment for some people, for its placebo effect. Just like a placebo, it is believed that acupuncture stimulates the body’s ability to heal itself. The body manufactures endorphins, which mimic the effects of analgesics to relieve pain.

No one actually knows what causes asthma in people, but there does seem to be a genetic factor involved with some people. There are many different things that can trigger asthma to manifest in a person. Sometimes, a person can breathe through the mouth and take in more oxygen than the body needs. When we get too much oxygen, an imbalance of carbon dioxide and oxygen occurs. When oxygen gets too high, and carbon dioxide gets too low, the brain tells the air passages to constrict to decrease the flow of oxygen to the lungs.

Other triggers for asthma include environmental factors, such as pollen, dust, and dust mites. Pet dander is another trigger, and so is cigarette smoke. Allergies to certain substances can cause asthma to manifest in a person. For instance, if you are allergic to peanuts, and you ingested some peanut dust, peanut oil or some food was contaminated with peanuts, you could have an allergic asthma attack. 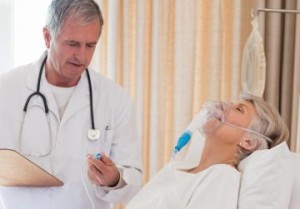 It is believed by many in the scientific community that acupuncture has a placebo effect on people that make them feel better. Acupuncture is used by many individuals to relieve stress. A frequent phrase used by many who receive acupuncture treatments is that acupuncture puts their chi (energy) back into balance. This chi, or energy, may have something to do with the stress that people feel. Stress is brought on by the stress hormone. It could be that the placebo effect has reduced the chemistry of stress in the body which is cause and effect for the relief of asthma in some people. There are many speculations of why acupuncture works to relieve asthma symptoms in some people, but there is no real scientific evidence to support it. In science, experiments or tests can be done on therapeutic treatments, and one can expect similar results every time. Acupuncture will not produce similar results in all people all the time; however, if an individual believes acupuncture will help them, it usually will.