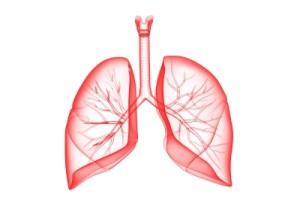 This is a chronic condition that results in the bronchial tubes that makes them inflamed as the mucous becomes thicker and causing breathing to become very difficult. It leads to shortness of breath from having the airways clogged. The result can be chest congestion, mucous producing a wheezing that can last for weeks in some cases. This is a condition that is known, along with emphysema as chronic obstructive pulmonary disease. And asthma is part of this condition, which will at times be confusion for the problem only being bronchitis. It is estimated that as many as 15 million people in the United States suffer from this problem. And with this condition it is something that is infectious. Things like lowered immunity from poor diet can contribute to the problem. Other factors that might be involved will include prolonged stress, bacteria transferred from others, poor elimination, undigested foods and even many cold suppressants can contribute to the problem. Even some antibiotics may have an impact if they weaken the immunity system while killing bacteria. Plus if there are toxins in the lungs from things like smoking that too can make the problem worse. Often this is a problem that only gets worse over the years if remaining undetected or treated. It will not improve without help. And continued bronchial attacks will naturally lead to additional shrinking of the breathing system.

There are a number of symptoms related to this condition. One might experience things like a deep chest cold, slight fever, weak voice, shortness of breath, headache, nausea, lung and body aches, limited speech, hacking dry cough, and mucous producing cough. In addition the person might also have trouble reaching high or low notes while attempting to sing. And also feel very fatigued, weak, possible weight loss, low-grade lung infection or general malaise.

A number of things can be know to related to helping to cause this condition. Such things as poor breathing, balance and coordination, high mucous forming and acid forming diet. Also things like a lack of exercise, poor circulating, air born toxins and immunity weakness may make the problem worse. And with insufficient activity it generally will inflame the condition making for poor respiration and elimination from the body. If toxins build up in the body as in the lungs and colon that lead to stress, exhaustion, skin and hair problems and even a pale complexion.

As far as natural treatments for the condition there are several methods that are often recommend. Such things as a change of diet would be helpful in order to improve one’s immunity system. Also there are ways to help with the body’s basic elimination system so it can purge one of toxins easier. 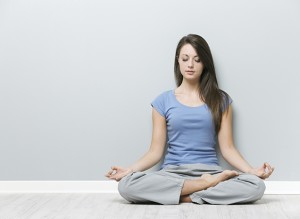 These would be ones that the doctor or other health care provider can help to explain. There are certain herbs that have been known to assist with this problem. In addition one can avail themselves of the homeopathic options. These are various remedies that have been considered to aid in improving this condition. And to help with reducing anything in the air or possible bacteria the use of certain cleanser will help. Then one can also help by use of a more nutritional diet can improve ones system to aid in reducing the condition. Plus one can also help by avoiding cough suppressants when possible. They can only make the problem worse by the not letting the body get rid of mucous.

With some situations the best option will be to use antibiotics. Such are medications that can only be prescribed by a doctor. And they will be up to the health care provider to assess if such antibiotics will be necessary or helpful in a given situation. That will be something to discuss with the doctor when this is a condition that is chronic and needs long-term treatment.