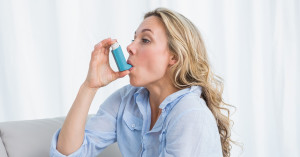 The estimates show that over 75 percent of patients with asthma also have frequent bouts of heartburn, clinically called gastroesophageal reflux disease (GERD). Asthma sufferers are two times as likely to have acid reflux than people who are not asthmatic. A faulty valve at the bottom of the esophagus slackens and allows stomach acid to enter the esophagus, causes heartburn. This in turn creates the heartburn associated with GERD in the chest or throat. In a normal situation the stomach acid should remain in the stomach and not flow backward into the esophagus as it does with GERD. Other symptoms of GERD could include sore throat, hoarseness, difficulty swallowing, cramping and more.

Chronic acid reflux left untreated can lead to complications such as lung damage, ulcers in the swallowing tube, which is the esophagus. In more severe cases it can cause a condition called Barrett’s esophagus. Barrett’s esophagus is a condition that can lead to esophageal cancer. In most cases of acid reflux, symptoms can be relieved through the use of over the counter medications, however, in serious conditions, surgery may be required. 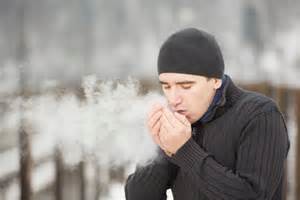 Doctors consider GERD to be the cause of asthma when:
Asthma only begins in adulthood known as adult-onset asthma
The asthma symptoms get worse after a meal:
After exercising
Lying down
At night
When the asthma does not respond to asthma treatments
There are a few theories as to why GERD may affect asthma 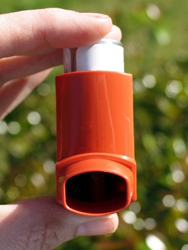 The acid flow caused by GERD, may cause injury to the lining of the throat, airways, and the lungs and this in turn would make inhaling air more difficult. This damaged lining caused by the affects of GERD would induce coughing as well.

On the hand, there is the possibility that people with asthma build up a certain amount of pressure changes happening in the chest while breathing and this pressure causes the acids from the stomach to move up to the esophagus, thus producing the reflux acid symptoms. Consequently, all this acid in the esophagus makes asthma symptoms worse.

There are several asthma medications that tend to lower the esophagus sphincter tone and thus allow GERD to backup in the esophagus.One study showed that asthma patients who were treated with bronchodialators had more symptoms of GERD than those who weren’t however, this study is inconclusive. There needs to be more studies done, to substantiate these findings. 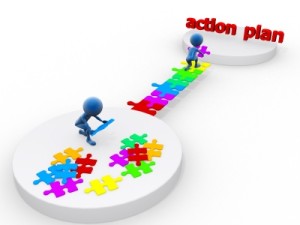 Other studies have shown that injecting acid into the esophagus to simulate the effect of GERD on asthma sufferers considerable worsened their asthma symptoms.

How should I deal with GERD if I have asthma?

If you have both GERD and asthma it is essential that you stay on the Asthma Action Plan your doctor has prepared for you. You must be consistent and stay on your asthma medication. You need to avoid your asthma triggers.

To control you GERD symptoms you can:

Raise you head from off your bed to about 6 inches, this will put in effect the rules of gravity and make it difficult for the stomach acid to rise. However, do not use piles of pillow because your body’s bend position may actually facilitate the acid from rising by putting pressure on the abdomen. 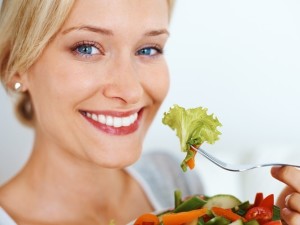 Avoid any bedtime snacks
Do not eat for at least three to four hours before going to bed
Eat smaller meals; don’t over indulge
If you are over weight try to shed the pounds, as extra weight causes intra-abdominal pressure
Eliminate fatty foods, peppermint, tea and coffee, colas, chocolate, and alcohol as these food and beverages are known to lower the esophageal sphincter
Eat tomatoes citrus juices and citrus fruits sparingly as they too will irritate the esophagus.
Quit smoking (it lowers the sphincter tone
Wear loose comfortable fitting clothing

You may use over the counter products for GERD such as Tums, Maalox, Tagamet, Rolaids, and Zantac, but if your acid reflux has not improved go to your doctor who may prescribe prescription medication. Remember surgery is very rare.