Asthma affects all ages, from toddlers to adults, attacking without mercy or hesitation. A chronic disease, asthma is a respiratory condition which affects the bronchial tubes (airways) of the lungs. In asthma, these airways become inflamed, irritated, and swollen by triggers in the environment or conditions within the individual. If the inflammation continues, the airways will also continue constricting, becoming narrower and limiting the oxygen in the body. Breathing grows difficult, resulting in an asthma attack.

p>Research has discovered that many things can trigger the symptoms of asthma: allergens, such as in mold and cockroach debris; irritants, such as pet dander and tobacco smoke; weather, like storms; viral infections; and even strong emotions such as anger. Exercise, such as running, and certain medicines, like aspirin, may provoke an attack. Any of these triggers can cause an asthma patient to experience tightness or pressure in the chest, phlegm, runny nose, coughing, gasping for air, and wheezing. Untreated asthma could even result in death.

Unfortunately, treatment for asthma can challenging in regards to children since they have trouble verbalizing what bothers them. However, the presence of asthma is exhibited by the child’s restlessness, nasal flaring, wheezing, and labored breathing. If any of these signs are indeed present, the parent or caregiver must immediately obtain proper treatment for the child. 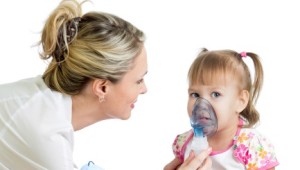 Treatment can vary from person to person; but all asthmatics must avoid those substances which trigger their attacks. Asthma symptoms management means going to the physician to obtain overall healthcare with treatment for their asthma. Controlling asthma requires modifying their homes, getting rid of as many allergens and irritants as possible and receiving cooperation from their places of employment or, in the case of children, schools, daycares, and caregivers’ homes. Taking care of their emotional health is also a vital part in managing their symptoms.

Over the years, medications for asthma have improved. With chronic asthma, most doctors prescribe a combination of long-term control medications in order to prevent symptoms and quick-acting or “rescue” medications to quickly stop symptoms. These quick-relief medications are taken with a hand-held inhaler. In case the asthma symptoms result from airborne allergens (such as pollen and pet dander), asthmatics may also need treatment for their allergies. The right combination of medications will depend on three factors: the symptoms of asthma; the age of the asthmatic; and what seems to work the best to keep the asthma controlled.

Some of these long-term control medications are inhaled corticosteroids such as fluticasone (Flovent Diskus), which reduce airway inflammation. There are also other inhaled medications which are known as long-acting bronchodilators, such as salmeterol (Serevent Diskus) which reduce inflammation and open the airways. These drugs relax the smooth muscles of the lungs’ bronchial tubes, allowing a regular breathing pattern. There are several other long-term medications, some are inhaled and some are pills.

Quick-relief medications are used as necessary during an asthma attack or before exercise, if the physician recommends it. These provide rapid, short-term relief and should be used only as the doctor orders. Some of these quick-acting medications are short-acting beta-2 agonists, such as albuterol, an inhaled medication (also called quick- relief bronchodilators). These bronchodilators ease breathing by momentarily relaxing the muscles of the airways, taking effect within minutes and lasting from four to six hours.

Then, there are the medications which are used for allergy-induced asthma. Immunotherapy, which consists of allergy-desensitization injections, and anti-IgE (allergic antibodies) monoclonal antibodies, such as omalizumab (Xolair) are treatments which reduce the immune system’s reactions to allergens.

All these medications and more have enabled asthmatics, children or adults, to live more normally with their asthma controlled. In the past, controlling asthma was often a “hit or miss” effort. However, research, better symptoms management, and better medications have all become part of the remarkable treatment for asthma.