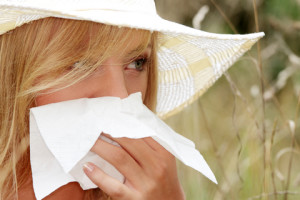 Asthma is considered to be a predisposition to chronic inflammation of the lungs that causes the airways or bronchi to be reversibly narrowed. Asthma affects 7% of the population and over 300 million people in the world. Although any age group can develop asthma there has been a prevalence of child asthma with up to one quarter of urban children being diagnosed with this disorder.

There are various risk factors that indicate if you may develop asthma such as smoking or maternal smoking. Poor air quality and being exposed to traffic or industrial pollution is also another risk factor in determining if you will develop asthma. Caesarean sections have also been associated with asthma perhaps due to modified bacteria exposure during the delivery process as compared to a vaginal birth. Stress itself has been considered or suspected of being an asthma trigger but now it is believed it does not trigger the asthma, instead it modifies the immune system to increase the magnitude of the airways inflammation response. Certain drugs such as antibiotics when used early in life and even some ingredients found in over the counter headache medications could be possible risk factors or triggers for asthma. Also the possibility of viral infections such as HSV, VSV and CSV may be correlated to episodes of asthma.

Studies have been undertaken to see if genes are associated with asthma and over 100 genes were found to have a possible genetic relation but more studies are needed to confirm this. Some of the genes that were identified were related to the immune system and to the modulating of inflammation. More studies are required for although some genes seem to be associated others are not and there may be a possibility that asthma may not be just one disease and that would explain the reasons only some genes seem associated with certain parts of asthma and not others.

So to decide whether you can develop asthma again we must look at the risk factors of the individual. Family history of atopic disease (allergic hypersensitivity) can increase the odds of someone having asthma by 3 to 4 times. Children between 3 and 14 who test positive on allergy skin tests and who have an increased immunoglobulin E have increased chances for asthma. When an adult is tested for allergies the more allergens they react to the higher the risk of asthma is. There is ongoing research into the link between obesity and asthma, and though there is nothing conclusive early evidence points to a strong link.

The United States seems to be prevalent in asthma numbers as compared to other countries but it also varies in the diversity of its population. Asthma is highest prevalence in Puerto Ricans, African Americans, Filipinos, Irish Americans and Native Hawaiians. The lowest rate is found in Mexicans and Koreans. Males seem to be diagnosed more frequently with asthma as children but it will persist into adulthood more in females. 65% more adult women than men will die from asthma. The belief though for this is that it is because of hormonal differences in men and women. A good example of this is girls who reach puberty before age 12 were found get asthma more than twice as much as girls who reach puberty after age 12. Asthma is also the number one cause of missed school in children.

Athletes seem to be more susceptible to asthma than the general population. High activity sports such as cycling, mountain biking and long distance running seem to have a higher incident rate probably due to the effects of the training involved. Occupational asthma could also be a factor determining if you are at risk of developing asthma as certain jobs are higher risk categories than others.